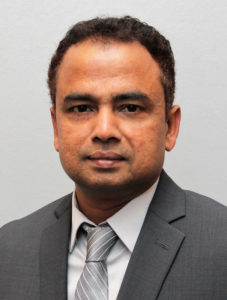 Transformative Initiatives at Ebay, Cisco, Sony and Walmart.
For the past 14 years, Satheesh Nair has showcased his corporate leadership strategies through transformational initiatives that he championed at eBay, Cisco, Sony, Walmart and KanTime.

Chief Innovator for eBay.
In his most recent role as an engineering leader of sales conversion at eBay, he was the chief innovator who invented disruptive paradigms to facilitate instant commerce and supply chain automation through Machine Learning. He was an invited speaker at the 2018 eBay technology conference, where he presented a distributed computing framework for big data processing to increase sales conversion.

Original KanTime Technology Visionary.
Satheesh held leadership positions at KanTime, including as Senior Director of Engineering, who hired the initial team that released KanTime MVP for US market. As a Director of Engineering for 7 years, his teams successfully delivered numerous enterprise systems, including an automation framework that handled IT infrastructure governance for 2000+ Walmart stores globally.